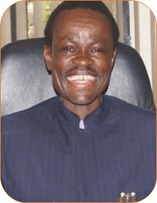 Prof. PLO Lumumba is an Associate Professor of Public Law, a holder of an LL.D (Doctor of Laws) on the Law of the Sea from the University of Ghent, Belgium, Master of Laws degree and Bachelor of Laws degree from the University of Nairobi. Prof PLO Lumumba holds an honorary Degree of Doctor of Letters (D.Litt.) (Honoris Causa) from the University of Cape Coast in Ghana. He is also a holder of the Degree of Doctor of Science (DSc) (Honoris Causa) from Bells University of Technology in Nigeria. He has been trained on Humans Rights at the Institute of Advanced Legal Studies University of London in England, Humanitarian Law at the Raoul Wallenberg Institute of the University of Lund in Sweden and on International Humanitarian Law in Geneva, Switzerland. He is an Advocate of the High Courts of Kenya and Tanganyika and a Certified Mediator. He is a Fellow of the Institute of Certified Public Secretaries of Kenya FCPS (K), a Fellow of the Kenya Institute of Management (FKIM) and Honorary Fellow of the African Academy of Sciences (FAAS). He is the Chairman of Farafina Investment Group in Monrovia, Liberia and Economic Strategic Growth and Development Initiative for Africa based in Nigeria.

He is the immediate former Director and Chief Executive Officer of the Kenya School of Law, a former Secretary of the Constitution of Kenya Review Commission and a former Director of the defunct Kenya Anti-Corruption Commission (KACC), (Now Ethics and Anti-Corruption Commission (EACC)).He is the Founding Trustee of the African Institute for Leaders and Leadership (AILL) and founding Chairman of the Association of the Citizens Against Corruption (ACAC). He was the Founding Dean, Kabarak University School of Law, a former lecturer at the University of Nairobi (UON), the United States International University (USIU Africa) and Widener University USA (Nairobi Summer School).

He is a renowned legal practitioner. He has written several books including: Criminal Procedure in Kenya, An outline of Judicial Review in Kenya, Kenya’s long search for a Constitution: The Postponed Promise and Judicial Review and Administrative Law. He has published numerous articles in refereed journals and several book chapters. He has also edited several Books including Devolution in Kenya (with Prof. Mbondenyi and Dr. Kabau), The Constitution of Kenya (Contemporary Readings) (with Prof. M.K. Mbondenyi and S.O. Odero). He has co-authored ‘The Constitution of Kenya 2010 An introductory commentary’ with Dr. Luis Franceschi. He has also co-authored several books on Ethics. His non-legal books include; Swearing by Kenya, A Call for Political Hygiene in Kenya, The Searching Soul, Sanitizing Kenyan Politics, Mhh Africa! (Kiswahili), Ang’o Marach (Luo) and Watim Ang’o (Luo). He has also co-authored thirteen (13) other Books on Integrity as School Series. He has recently ventured into fiction with his book ‘STOLEN MOMENTS’.

In 2004, he received commendation from the Kenya Scouts Association for service to the society. In 2011, Bishop Okullu of College of Theology of Great Lakes University of Kisumu awarded him the order of St. Pauls the Apostle for restoration of Good governance and right values in society. In 2012 the East African Association of Anti-Corruption Authorities recognized him for valuable and exemplary contribution in the fight against corruption.

He was awarded a Lifetime Achievement for Patriotism and Advocacy by the African Forum – 2017. He was recognized by New African Magazine as one of the 100 most influential Africans in 2017.

In January 2018, he received the following awards and recognition;