Vice-Chancellor of MUST, Malawi 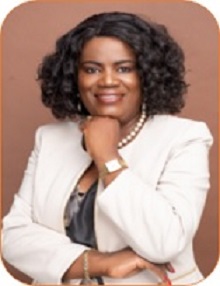 The Vice-Chancellor of Malawi University of Science and Technology, former President of Africa Honor Society of Nursing of Sigma Theta Tau International; former Vice President, International Confederation of Midwives, former Principal of Kamuzu College of Nursing and spearheaded it to become a World Health Organisation Collaborating Centre for Inter Professional Education and Leadership in 2016.

She has spearheaded the Development and implementation of various Undergraduate and Postgraduate in the fields of Health, Science, Innovation and Technology; She facilitated capacity building for faculty and other staff in various fields; a renowned international speaker, author and editor of various journals in the field of health, nursing, midwifery, and health workforce; serves on various international, regional and national boards and She is an advocate for girls and women empowerment through education. She is a Virginia Henderson Fellow of Sigma Theta Tau International (STTI), an Adjunct Professor for Michigan State University, a Fellow of the American Academy of Nursing (FAAN); She was awarded: a Doctor Honoris Causa by University of Oslo in Norway,

2018 ECU Distinguished Alumni and ECU Honorary Award of Doctor of Nursing honoris causa, 2019 in Australia, an Excellence in Nursing & Midwifery by National Organization of Nurses & Midwives of Malawi; Medal of Distinction by University of Malawi as one of the first female Professors. She has recently received a Certificate of Recognition for significant contributions to Kamuzu College of Nursing